It’s a sunny afternoon in late September and Queen’s Park is crowded with avid readers and book lovers attending Word on the Street, a festival celebrating books and authors.

Yet, 26-year-old Noah Gataveckas stands on top of the tiny hill in front of the Equestrian statue, reading out loud his self-written manifesto on why his book club burns books.

Wearing a blue pinstripe shirt, khaki pants and sandals, with the summer-like sun shining on his light-brown hair, Gataveckas reads his manifesto titled, “Why do we burn books?; or, The burning question of our movement,” imitating Vladimir Lenin’s 1902 book “What is to be done? Burning questions of our movement.” As he reads he is oblivious to some passer-bys who stop and stare. He seems perfectly at ease reading his own piece of work to the crowd.

“We book clubbers- we love books. Do we not?” he reads from his manifesto. “Why oh why are we setting some of them on fire when they’re what we’re about?”

Noah Gataveckas reads his manifesto on book burning at the Word on the Street festival, Queen's Park, Toronto

Noah Gataveckas reads his manifesto on book burning at the Word on the Street festival, Queen’s Park, Toronto

Gataveckas and his downtown-based book club of around ten members celebrated their love for books and their book club’s first year anniversary by burning them at Hanlan’s Point at Toronto’s island one evening last summer.

Book burning has usually been associated with horrible events, like the Spanish Inquisition in the fifteenth century when they burned thousands of Jewish and Arabic manuscripts and books. Before the advent of the printing press, burning books was a form of censorship as was the case during the Inquisition.  Recently, it’s been used to provoke religious backlash such as Terry Jones’ infamous Qur’an burning of May 2010, which garnered widespread media attention.

Despite book burning’s negative customs, it’s becoming a part of today’s pop culture and a hobby for many. There are over 28, 500 YouTube search results for book burning. Many of them show people who burn books just for fun or out of curiosity.

YouTube videos show schoolbooks as popular fuel for fire among Canadian and American high school students after the end of a school year. A video from 2009 shows teenage boys burning The Hardy Boys. They were having their weekly book club/ group therapy meet, when they started wondering how well it would burn.

It did seem to burn pretty well, especially when they added some alcohol creating an instant bonfire.

It’s not just the youth who are participating in the trend- young married couples burned Stephenie Meyer’s Twilight book in their backyard as well, as one YouTube video from 2010 shows us. 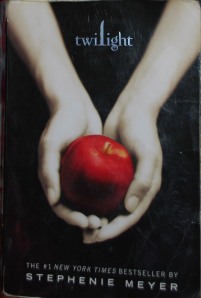 A young lady in her pajamas struggled with ripping out the thick pages from the book before throwing it altogether in the fire.

“Oh no, it’s like he never existed,” she read a line flatly from the page. “Bye Edward,” she said nonchalantly and threw the pages into the flames, while her friend laughed.

“Way to go!!! We must go on a crusade to destroy every copy,” one comment reads. “Every last copy must burn. We must save the stupid teenage girls.”

Likewise, there are many websites advocating burning books. The Exiled, an online news website, features an article in 2008 on why you should burn your copy of The Great Gatsby. (Mainly because of the rich “drama queens” featured in the story.)

Gataveckas gives his own reasons in his 42 page manifesto why his book club chose to burn books.

“In order to keep loving books, we must not allow ourselves to get too close to them, like a junkie chasing the perfect high, who risks overdose with every escalatory hit,” Gataveckas reads.

His manifesto cites one reason as “Kill what you love.” It explains, they love books but also hate them because they take up too much of their time, threatening to interrupt their life projects.

“Books lead to better, harder books, in greater numbers, on and on, endlessly,” it states.

The manifesto cites reasons like, “Psychological self-significance,” “Your God demands a sacrifice,” “For the purposes of Evil,” and “Just because!” citing countless philosophers along the way such as Slavoj Žižek, Heinrich Heine and Plato.

But book burning is still met with negativity at times, as Gataveckas has experienced.

While Gataveckas was reading his manifesto at Queen’s Park, a man who works for CTV approached him and suggested to film him for CTV. Noah agreed.

“But, what is your manifesto about?” the man asked.

It’s an example of how some people might find their book club weird or offensive for burning books, Gataveckas explained.

But this is not your typical Oprah book club. They read about 30 books in a year by writers like Karl Marx, Sigmund Freud and Slavoj Žižek. Gataveckas says he reads three to four hours every day just for the book club.

His friend, Sarah Friend, 23, first thought of creating a book club and after a while as interest grew, other friends joined. It’s an informal book club, small enough not to have an official name, and meet once every other week to discuss their newly read book.

“When I graduated I was worried that I wouldn’t read with any sort of critical depth on my own, so I thought, I got to get some people to cheer me on,” Friend said at a book club meeting Monday evening at her shared apartment at College and Ossington.

Friend, whose favourite writers include Kurt Vonnegut and the ancient Persian poet Rumi, graduated from OCAD in May 2010 with a degree in drawing, painting and digital media. Her blonde hair is tied loosely in a ponytail and speaks with a soft voice, making you pay close attention.

“It’s kind of like a do it yourself university course. I learned more in book club than I learned in my four years at university. I think you pay more attention to what you’re reading,” Friend said.

It wasn’t surprising to find a public library right across the street from Friend’s apartment. Her apartment building itself seems historic, with four large, brown pillars positioned next to the front, wooden double doors. Inside her apartment, two bicycles line the hallway, there’s no TV to be found and artwork encircles the entire living room. A self-made mini doll hangs from the ceiling lamp and an album called September Songs, a compilation of Kurt Weill’s music plays softly in the background.

It’s early October and five of the members, all twenty-somethings, form a semi-circle sitting on couches and wooden chairs, having lively discussions while waiting for the rest of the members to show up to discuss the book The Autobiography of Alice B. Toklas by Gertrude Stein. After excitedly discussing the upcoming Occupy Toronto, a debate on post-modernism comes up. What is post-modernism they ask? Is there a point in dividing Ernest Hemingway and Gertrude Stein? Is Thomas Pynchon modern? What about James Joyce?

They take books seriously, and at their one year anniversary of their book club last summer, had a variety of books to burn. Their online video shows their silhouettes sitting in a circle around the bonfire at twilight, cheerfully chatting and having drinks of beer.

One by one they stand up and explain why they’ve chosen their book to burn.

Joel Noone, who was at Friend’s book club meeting, decided to go for Utopia by Thomas More.

“It’s an important book,” he said before dropping it into the fire. “I’m burning it because it’s a book that I appreciate, and that it’s respectable.”

As Noone explained at Friend’s apartment, in More’s time in England, the British were publishing English translations of the Bible (from Latin). More strongly opposed this. Not only did he burn all the translated Bibles, but he also burned the translators themselves as heretics, along with anyone who bought or sold these Bibles.

He looks like an experienced English Philosophy professor, holding his Stein book, and wearing a brown, tweed jacket with patches at the elbows. His beard and mustache and dark tussled hair add to the look.

“It’s a good book,” he said in the video. “But, also the writer of the book certainly understands burning, burning people and burning books.”

He hesitates before he throws the book into the fire.

“I’m rather mortally afraid of burning this,” he admitted. “Ah… let’s see,” and he lightly threw it into the fire with cheers from other book burners.

“It’s a soft cover though, so this one will burn different,” someone comments.

Gataveckas threw into the fire the Bible, even though he grew up with it and believes it’s great literature. He also burned his manifesto, and his only copy of a science fiction story that he wrote, just to see how it would feel to have something he’s worked so hard on end up in flames.

But, in the end, he says he didn’t really feel anything.

“There’s all these serious book burners out there and they’re like, ‘Oh, this means something!’” Gataveckas said at Friend’s apartment.

“Maybe our hipster Toronto version is just a way of rebuking this. Not only is this stupid but it doesn’t mean anything anymore. In the age of the internet and post modern technology, the gesture is becoming defunct,” Gataveckas said.

Gataveckas explained how no one takes the time to read anymore. Some of the books which they burned were found on the way there, lying on the ground, left in the rain. In the 19th century, reading literature was a popular means of passing time, but now in the age of distraction, no one cares about literature anymore.

“And maybe that’s what this self-emulating gesture of a book club burning books needs to get at. Maybe we shouldn’t be a post-literate society, and return to literature, reject television, reject wasting time on Youtube. It actually becomes a challenge now.”

However, 25-year-old Nadine Bukhman, who has thick, carrot-coloured hair, and beautifully large eyes explained at the meeting why she disapproves of burning books and refused to participate.

“I just don’t want to burn books, even if they’re terrible, even if it’s a manual for beautifying yourself in some horrible ways,” Buckhman said loudly trying to talk over the voices jokingly disagreeing with her.

“Who’s to say that in 500 years that this is the last copy ever and that last copy gets seen by somebody who says ‘Holy shit! Look at how people lived! Isn’t that fucked up!’ or ‘Isn’t that interesting! How does this compare to our culture?’”

But, Noah explains book burning also makes us confront technology. In an age when anyone can easily burn (i.e. download) books from the Internet, censorial book burning has become obsolete. All information can be found online- burning books no longer has the effect it once did such as during the Spanish Inquisition.

Whatever book burning may mean, these book club members actively discuss issues, theories and current events, instead of binging on alcohol and contesting who can get the drunkest which has become the norm among youth today.

While most people spend (or waste) their time on Youtube and Facebook, Gataveckas’ small team of voracious readers will continue reading marvelous, yet heavily thick books 364 days in the year, and celebrating their love for books by burning them the remaining one day.