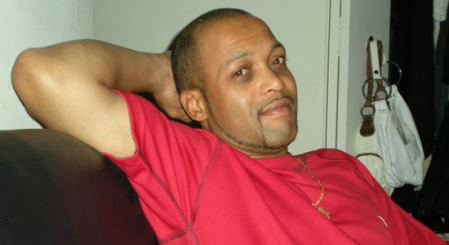 Isaac Gould says he was assaulted by a TTC employee on a westbound bus in Scarborough on the morning of Jan. 8. Photo courtesy of facebook

After their shocking experience on a TTC bus last month Isaac Gould says his son no longer feels safe commuting with transit and has asked his dad to get his driver’s licence so they could avoid it altogether.

Gould was the victim of an alleged altercation with a TTC employee on a Scarborough bus. The employee recently surrendered to police on Tuesday and was charged with assault.

Gould and his 10-year-old son got on a westbound bus at Sheppard Avenue East on Jan. 8 at 10 a.m. The accused TTC employee boarded the same bus at McCowan Road to get to his designated route to start his shift.

Gould said the employee seemed upset before boarding the bus because it was behind schedule.  Once inside, he started shouting at the passengers on the bus to move back, but no one complied because it was already full.

“Shortly after that he freaked out, and swore at me,” Gould said.

The employee told Gould to get out of the way, but it was already crowded.

“He grabbed me from behind and slammed me into a pole in front of my son.”

Gould asked the bus driver to stop the bus and call the police, but was ignored.

“I told him I was assaulted by one of his coworkers, and it didn’t seem to faze him,” Gould said.

Gould called 42 Division police and asked the bus driver for the employee’s name. Gould had heard the driver call the employee “Fred” when he had boarded the bus, but the driver denied any knowledge of his name when asked, Gould said.

Soon enough 42 Division contacted the TTC, who in turn called the bus driver and told him to stop, Gould said. The charged TTC employee left the bus and boarded a northbound bus, before the police arrived.

“He didn’t even stay, knowing that I was calling the police,” Gould said. “It was like he was trying to run and hide.”

“These are allegations that have been made and charges have now been laid,” TTC spokesperson Brad Ross said. “There’s not much that I can say other than these are serious allegations and we as an organization are taking it very seriously.”

Gould says he hopes public awareness will help change how the TTC acts towards the public.

Gould gives an example of instances when people have to run for the bus.

“When you are within 10 feet of the bus and even when you’re banging on the door and asking them to open it, they’ll drive off. I don’t understand the courtesy of pubic service that they’re now giving.”

The charged employee, Frederick Tulk, 59, from Pickering is scheduled to appear in court on March 17.